Zillow Offers collapse is proof of the Zestimate's inaccuracy 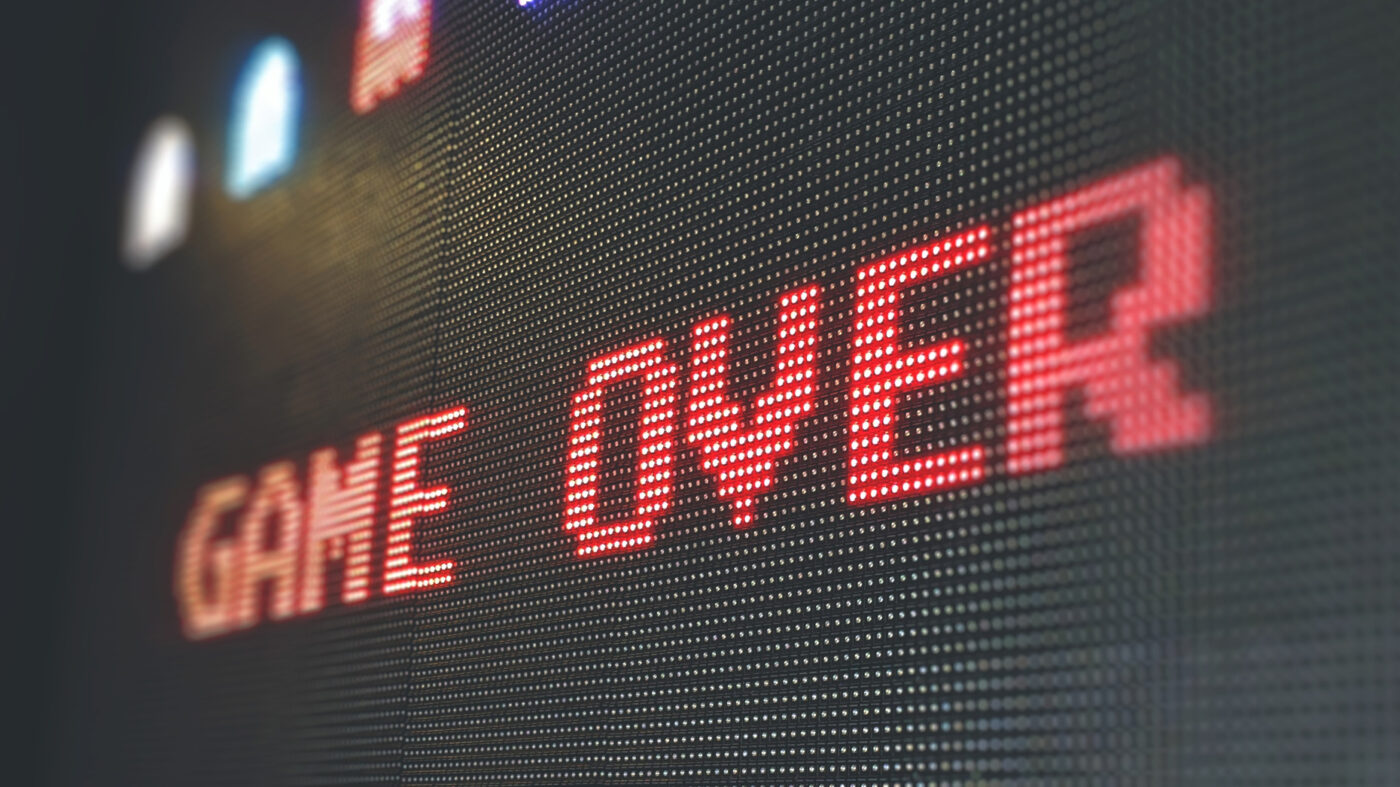 Photo by Sigmund on Unsplash

For almost two decades, real estate professionals have been told they will be disintermediated by technology innovation.

Zillow’s decision to stop its iBuying operations is more than just a response to the extreme volatility of the Zestimate and their inability to accurately forecast prices. It’s a recognition that real estate investing, real estate brokerage, and mortgage are fraught with problems that technology companies seldom encounter.

When Zillow first launched in 2006, I wrote several columns citing the inaccuracy of the Zestimate. As a result, Zillow founder Rich Barton invited me to join him for lunch at the 2007 Real Estate Connect to discuss Zillow’s business model in more depth. At that meeting, Barton shared the following:

Zillow stood by that promise until  they launched their iBuyer program, Zillow Offers, which they first piloted in 2017 as Zillow Instant Offers. At that point they were no longer advertisers. They were now competing directly with agents to obtain the listing.

In January 2021, Zillow launched its brokerage operation to streamline their iBuying process. They hired salaried agents to work with sellers who were seeking a cash offer from Zillow Offers. Zillow Home was the broker of record.

According to the Real Deal, Zillow made this decision to grow their revenue. When they initially launched the iBuying business in 2017, no one anticipated the pandemic, the labor shortages, and the severe problems in the supply chain that impacted Zillow’s ability to rapidly purchase, update and the sell their iBuyer inventory.

The result had undermined the accuracy of their Zestimates. On a recent earnings call with investors, Barton stated, “Our observed error rate has been far more volatile than we thought possible.”

He later added that, “Fundamentally we have been unable to predict future pricing of homes to a level of accuracy that makes this a safe business to be in.”

Zestimates: A thorn in the side of Realtors since 2006

Since their launch in 2006, Zillow’s Zestimates have been a thorn in the side of agents and for good reason. One of the most common objections agents still face today is, “But Zillow says my house is worth more!”

Unfortunately, very few agents know how to successfully defend against the Zestimate. One clever agent I interviewed back in 2007 overcame the Zillow objection by saying, “I don’t give estimates — I give exactimates.”

Today the best approach is to quote the values generated by other AVMs (automated valuation models) including HomeSnap, realtor.com and The Chase Home Value Estimator Evaluator. You could also include offers from iBuyers such as Opendoor.

When you present sellers with several different AVM values, they are usually confused as to which value is correct. At that point, take out your CMA and explain how you arrived at your price based upon your square footage CMA and local market knowledge.

Cheers from the Inman community

After struggling with the “Zillow objection” for 15 years, the Inman community welcomed Zillow’s admission that their Zestimates were no longer accurate due to extreme market volatility. Michael Scoffner summed up the mood like this:

“What? You mean you can’t rely on a Zestimate?……shocker! (yawn). You gotta admit that the irony in this failure is epic!”

What’s unclear at this point, however, is did Barton only refer to predicting “future value,” not the present value? The problem is with properties sometimes selling for 10 to 30 percent over asking price, predicting the price where they will sell now has become problematical for almost everyone.

Over and beyond market volatility and supply chain issues, Zillow’s foray into iBuying and becoming a brokerage has resulted in headaches that may have played an additional role in their decision to abandon their iBuyer program.

One of the most notable issues may be antitrust lawsuit filed by REX Real Estate against NAR and Zillow that resulted in the DOJ intervening.

On September 2, 2021, U.S. District Court Judge Thomas S. Zilly ruled in REX’s favor, saying the brokerage has provided sufficient evidence to back up their antitrust allegations, which hinge on Zillow’s execution of NAR’s “No-Commingling Rule” to separate non-multiple listing service listings from MLS listings on its website.

CoStar throws down the gauntlet

At Inman Connect Las Vegas, Andy Florance, founder and CEO of CoStar Group, declared war on Zillow’s business model. CoStar is the global leader in commercial real estate information, analytics and news. They also own Apartments.com, and they are now making their move into residential real estate.

In a thinly veiled reference to Zillow, (calling them “Zilter”), Florance drew a parallel of what it would be like if “Zilter” did to your “For Sale” sign what they do digitally to your listing online. He explained it like this:

So, we just put our sign on the front lawn and the “Zilter” van pops up, a guy hops out, and he spray paints over the agent’s name, the broker’s name, and their phone number. Now by law, you must have the listing agent’s name on the sign. So, he staples a little business card to the bottom where technically you could see it, and then puts a different agent’s name up there on the sign.

What this guy has done is to hijack the listing.

The listing agent, who is now really mad, drives off to a showing. When he turns around, however, the dude who sprayed over his sign is now sitting in the backseat tracking where all his showings are. (This is a reference to the fact that Zillow recently acquired ShowingTime.)

Bad for both consumers and agents?

Based upon his interviews and focus groups with buyers from all over the company, Florance is convinced Zillow’s model doesn’t serve the consumer well. Moreover, when a consumer hits that button on Zillow, they’re starting “a relationship with a number five robo caller in the United States.”

Florance went on to say, if they touch that button:

They’ll get shocked with robo calls and texts — it’s a horrible environment.

The buyer also wants to be able to talk to someone knowledgeable about the property, not a robo call center. That experience doesn’t work for the buyers, and it doesn’t work for the agents. The agents obviously do not like having to pay for leads that used to come to them automatically.

CoStar’s model will direct listing leads to listing agent, not to buyer’s agent who is paying a portal for premium placement.

The war is on

Zillow currently has a huge strategic advantage over CoStar with consumers. According to Statista.com, as of October 4, 2021, Zillow is the leading real estate and rental website in the United States with 36 million visits a month.

Barton’s decision to drop the Zillow Offers program and allocate his resources in their core model is a smart move given that CoStar is going on the attack. In the meantime, agents now have a powerful way to counteract Zillow’s Zestimates when they price properties.

It will be fascinating to see if CoStar can successfully prevail against Zillow — popcorn, anyone? 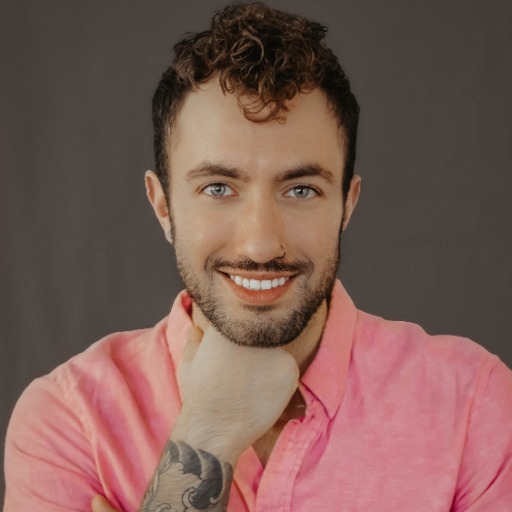 Shawnivan Hone is your trusted real estate advisor. A partner with the Donna Phelan Group, with a passion to help people develop wealth in real estate. With our advice, our clients can make sound fina....

Zillow Offers collapse is proof of the Zestimate's inaccuracy

Zillow’s decision to shut down its iBuying business is more than just a response to the volatility of the Zestimate, but rather an indication that technology can't solve everythingPhoto by

By registering, you agree to our terms of use and that real estate professionals from Donna Phelan Group and lenders may call/text you about your inquiry, which may involve use of automated means and prerecorded/artificial voices. Message frequency varies. Text HELP for help or STOP to cancel. You don't need to consent as a condition of buying any property, goods or services. Messages/data rates may apply. Additional information about data use is in our privacy policy.